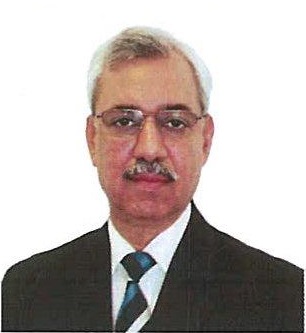 Lt Gen Tariq Nadeem Gilani was commissioned in the Pakistan Army on 26 Oct 1979 with the coveted President's Gold Medal. The General Officer has served on various command, staff and instructional assignments. He received an early exposure of secondment in Saudi Arabian Armed Forces from 1983 to 1985. He is Graduate of US Army Artillery School, Fort Sill Oklahoma, Command and Staff College Camberly (UK), Armed Forces War College (National Defence University) Islamabad and US Army War College, Carlisle Barracks, Pennsylvania. He hold Masters degrees in War studies from Quaid-e-Azam University, Islamabad and strategic studies from the US Army War College, USA. His assignments include command of a brigade, division and Army Command. He has also held the prestigious appointments of Commandant Armed Forces War College, NDU, Islamabad and Chief of Logistics staff at General Headquarters.

In recognition of his meritorious services, he was awarded Hilal-e-Imtiaz (Military). 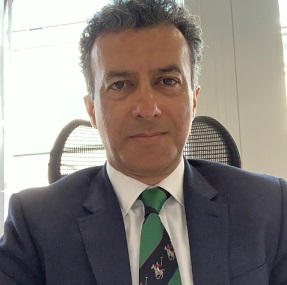 Mr Ali Gulfaraz is a senior international banking executive with over 25 years of experience with leading global banking giants. Prior to joining FF, he was MD & Head of Corporate & Investment Banking for UK, Ireland and all Nordic countries at Mizuho Bank’s European Head Office in London.He has a BA in economics and MSc in Managerial Economics from the University of California, Davis. 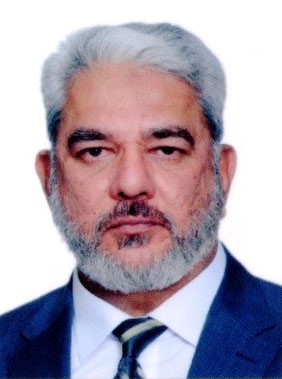 Major General Wasim Sadiq, HI (M), (Retd) was commissioned in Pakistan Army in Pakistan Army in October 1979 in Baloch Regiment. The General Office has a vast experience of Command, staff and instructional appointments during a career spanning over 36 years. A graduate of National Defense University beside Turkish War Academy, Islamabad, he has the honour to command the only Strike Division of the Army. Has commanded Logistic Area too and server as Vice Chief of Logistic Staff in General Headquarters. Presently the General officer is serving Fauji Foundation Head Office as Director Banking, Industries and Trading with effect from 22 May 2017. The appointment has been re-designated as Director Industries with effect from 26 December 2018. The General Officer, being a graduate of National Defense University, has attended a number of seminars and workshops on economy, financial systems and other elements of National Power Potential. The General holds master’s degree in War studies from National Defense University. In recognition of his meritorious services he was awarded Hilal-e-Imtiaz (Military). 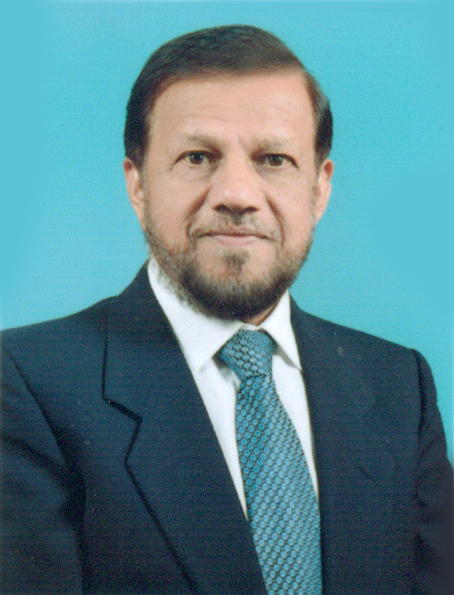 He is Director Planning and Development – Fauji Foundation and is also on the Boards of Associated Companies. He is also the Chairman of Technical Committees and Member of Project Diversification Committees, Investment Committees and Audit Committees of these Companies. Syed Iqtidar Saeed graduated in Engineering, with High Honors, from Engineering University-Peshawar. In 1973. He has over 42 years of experience in Chemical Fertilizer Industry. Besides plant management, his expertise also includes Project Development and managing large size Projects from Engineering till commissioning stages. He commenced his career in 1974 from EXXON Chemicals Pakistan. He joined Fauji Fertilizer Company (FFCL) in Sep 1979 at its inception stage and has served at all operational locations of the Company. In 2004 he was deployed at FFCL’s third Fertilizer plant at Mirpur Mathelo, acquired from National Fertilizer Corporation. In 2007, he was moved to FFC’s corporate office as Head of Company’s Engineering & Technology Division which included Business Development also. He led the strategies for business diversification and globalization. In 2013, he was appointed as Group General Manager and subsequently as Chief Technical Officer of the Company. He retired from Company service in Nov 2016. He has attended numerous International and national conferences, courses and training. Syed Iqtidar Saeed has had an excellent academic career and is a recipient of several National awards, medals. He was awarded Pride of Performance and President of Pakistan’s Gold Medal in 1969 for outstanding academic achievement at Higher Secondary level. He received Gold Medals consecutively each of the 4 years engineering degree course. 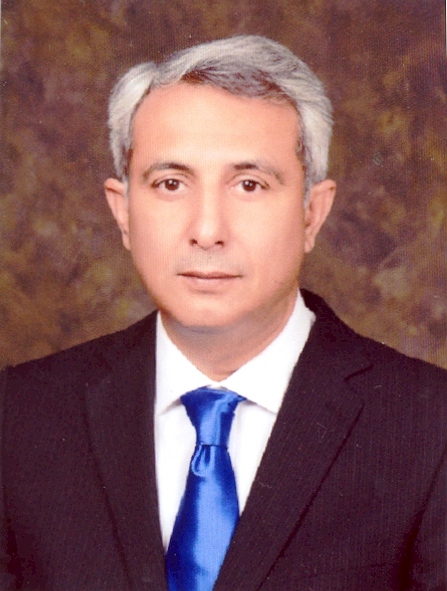 Capt Zubair Sarwar Janjua has retired from Pakistan Navy. The officer is Mechanical Engineer by profession and has done Marine Engineering specialization. During his service he has served on various technical Appointments at Naval Headquarters, Fleet HQs and PN Dockyard. He had a large tenure at submarine construction Project when in he was part of first indigenously build Agosta 90B Submarine at PN Dockyard. The officer is graduate from PN War College and hold master’s degree in War studies (Maritime). He presently is holding the position of COO in FOTCO. 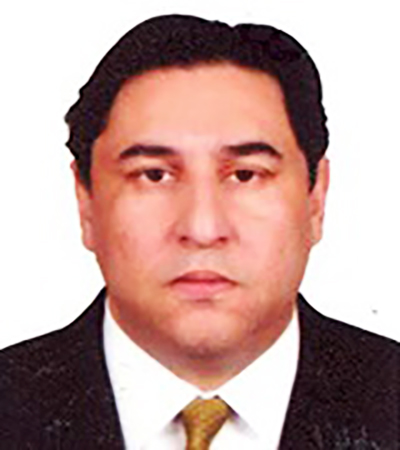 Mr. Ghouse Akbar is a business leader in Pakistan who is chairman & CEO of Akbar Group of Companies. He is also Member Board of Investment and Chairman - Chief Minister's Task Force on Lahore. He is also the Honorary Consul of Spain and Chief Executive of Princely Jets Pvt. Ltd. Mr. Ghouse Akbar has successfully introduced various international brands in Pakistan including McDonald's, Nike, Princeton Review, UPS and Amadeus. He also owns GSA's of several major International Airlines in Pakistan including Singapore Airlines, Japan Airlines and Austrian Airlines. He also received the Sitara-e-Imtiaz from Pakistan's President Musharraf in 2004 for being the highest tax payer, the most prestigious honor that can be bestowed on a civilian and a Sitara-e-Essar in 2006. He is a graduate in Economics and Political Science from Brown University, USA with a Master’s Degree in Business Administration from INSEAD. 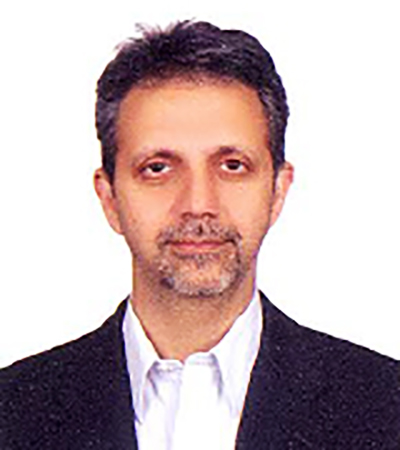 Mr. Syed Nadir Shah has been involved in an advisory capacity on multiple ventures with established business houses of Pakistan. His background is diverse and covers equities, commodities and infrastructure development. Presently Mr. Shah is currently serving as a Director of FFBL, Asia Petroleum Limited & TPL Direct Insurance. Mr. Shah is a graduate in Economics & Finance from the University of Massachusetts at Amherst. 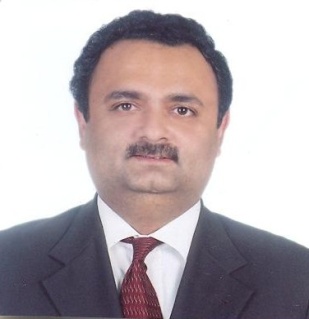 Mr. Rehmat Ali Hasnie is Executive Vice President at National Bank of Pakistan. As a finance professional with over 20 years of financial markets experience in Pakistan, coupled with over 5 years’ experience of leading NBP’s Investment Banking and Project Finance business. Mr. Hasnie bring a wide experience to the FAP Board. He is presently a nominee director of the Boards of Directors of Pakistan Mercantile Exchange Ltd. and Agritech Ltd. in addition to the FAP board.

Mr. Rehan is a qualified Chartered Accountant (FCA) and has over 23 years vast experience in developing business strategies, delivering results, developing organizational capability of infrastructure and acquisitions both within and outside the country.Mr. Rehan represents Fauji Foundation on the Board of the following Group Companies and also President and Member of Audit & HR Committees. 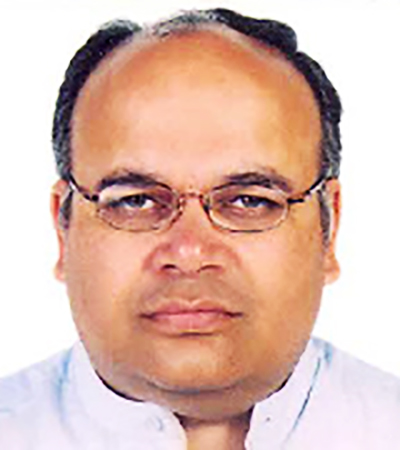 Will be updated shortly.